Archaeological Park of Côa Valley – concentrates most of the Prehistoric Rock Art Sites of the Côa Valley, considered the most important Paleolithic open-air art in the world. It is classified as World Heritage by UNESCO. Currently there are over 60 rock cores, spread over 26 kilometers.

International Douro Nature Park – The International Douro Nature Park covers 122 kilometres of border stretch of the Douro River and its tributar, the Águeda River, between Portugal and Spain. Surrounding the valleys of these two rivers, it offers a rich wildlife, especially in relation to nesting birds: the Griffon Vulture, the Egyptian Vulture, the Black Stork, the Golden Eagle, among others. Here, you can also find several animal species that are currently in danger of extinction, such as Iberian Lynx and Bonelli´s Eagle. 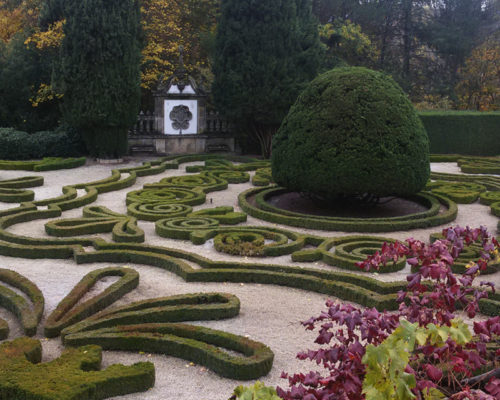 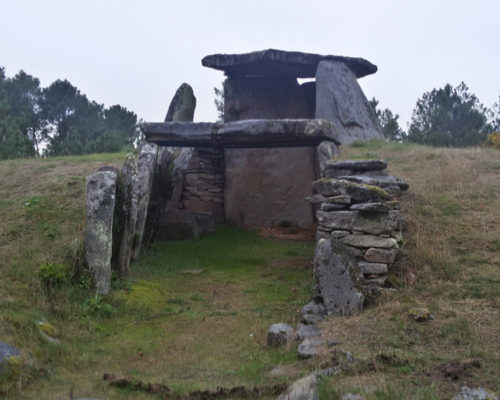 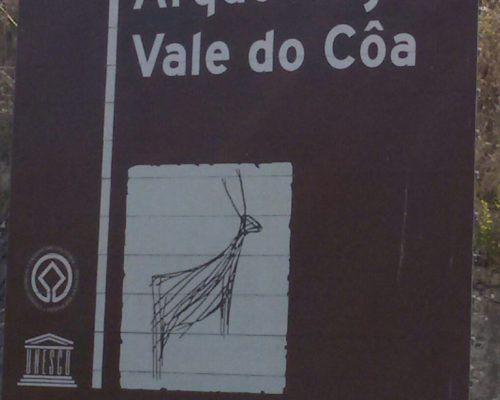 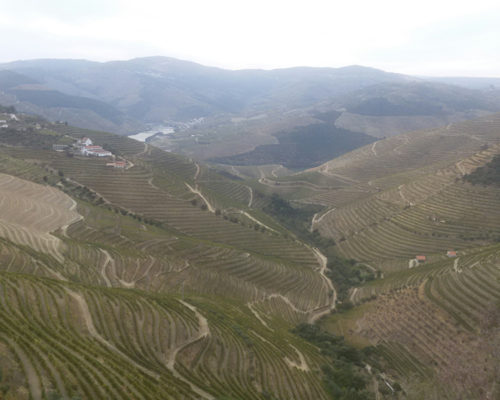 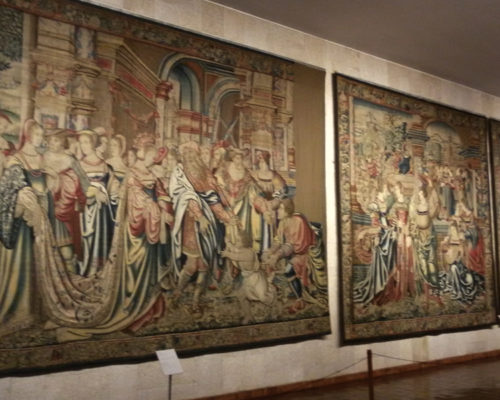 Spread along the Douro Valley, there are several belvederes with amazing views, such as São João da Galafura, São Domingos, Casal de Loivos and Sanctuary of São Salvador do Mundo. Visiting them, you can discover and admire the most beautiful landscapes of Douro Valley, UNESCO World Heritage Site.

Don´t miss the chance to get to know the various wine villages and be enchanted by its stone houses, beautiful churches and historical pillars, and learn from the friendly local people some of the local traditions and customs. In Favaios, visit local Bread and Wine Museum Centre and know the way of producing local bread and wine. You must also visit local winery and taste Licor de Favaios, a famous liqueur wine. In Provesende, walk along the sidewalks of the village, contemplating the 9 village manor houses, the 18th century baroque churche and pipe organ, the old fountain with its archbishop’s crest, dating 1755 DC, the pillory, dating 1578 DC and an ancient sarcophagi.

Finally, be sure to see the old tiles at old train station of Pinhão, famous village near the Douro River, surrounded by the most traditional wine farms. It is also possible to make pedestrian itineraires between some of the most genuine Douro Valley villages, namely, Pinhão/Provesende and Pinhão/Casal de Loivos/Favaios.

Due to its antiquity and vast heritage, the city of Lamego is a living example of history, which  can be found in its medieval streets and in the architecture of its buildings and monuments.One of the most impressive monuments is the Sanctuary of Nossa Senhora dos Remédios, built on a hill in the town of Lamego. The construction in a rococo style began in the late 18th century and it´s consider one of the most important Baroque pilgrimage churches in Portugal. The stairways stand out with its nine flights of stairs, 686 steps and several terraces adorned with chapels, statues, fountains and obelisks. Also, The Castle and Cistern of Lamego are listed as National Monuments, standing on top of the Castle´s Quarter – awalled enclosure where the city originated and the Lamego Cathedral, built in the middle of the 12th century and the famous Lamego Museum, located at the old Episcopal Palace. Currently, the permanent exhibitions range from painting, sculpture, goldsmithery, ceramics and mosaics, from 12th to 20th centuries, archaeology (Roman, Medieval and Baroque) chapels and altars from 17th to 18th centuries, vehicles to furniture from 17th to 19th centuries.

The authenticity and singularity were some of the traits that led to the awarding of the “National Treasure” classification to some 18 pieces housed in this museum.

A stay in Douro Valley cannot fail to include a visit to the Douro Museum, located in the city of Peso da Régua, in the banks of Douro River. Founded in 1997, it is the place of welcome and representation of memory, culture and identity of this wine region. Here you can learn about wine culture, from the characteristics of the various wine varieties, the best years of wine production and the different types of Port wines.

Another museum worth visiting is São João da Pesqueira Wine Museum, one of the most important and representative municipalities of Douro Valley. Here too, the theme of the wine and vineyards is dominant. At rustic  village of Trevões, do not miss the opportunity to visit the Ethnographic Museum and the Sacred Art Museum. Also, the famous Côa Museum, in Vila Nova de Foz Côa, is a cultural space  which aims to promote the historical and cultural heritage of the Prehistoric Rock Art Sites of Côa Valley, considered the most important Paleolithic open-air art in the world, recognized by UNESCO as World Heritage Site.

Located three kilometers away from Vila Real city center, Mateus Palace and gardens are part of a large estate. Built in the mid-eighteenth century, they are attributed by some authors to the architect Nicholas Nazoni, especially because of the baroque exuberance of its front, being considered as a “Mini Versalles” Portuguese Palace. It is one of the few noble palaces that remains in the same family, over the centuries. A part of the house is open to the public with guided tours, presenting itself as an authentic house museum. The visit includes the hall, the library (with a copy of the first edition of Lusíadas) and observe various rooms where furniture and earthenware of incalculable value. On the way out, you can walk through the amazing gardens of the palace, with its magnificent plants, trees and flowers and an unique cedar tunnel, plus a fantastic lake.

The Douro region is rich in numerous examples of baroque and gothic castles and monastaires, some of which date back to the time of Portuguese Foundation or the Medieval Age.

The origins of Douro region date back a few millennia, since the Palaeolithic period.

In addition to the famous rock engravings of  Archaeological Park of Côa Valley, we can find other archaeological remains, such as Panóias Sanctuary, Anta of Fonte Coberta, Dolmen of the Chapel Nossa Senhora do Monte e de Areita, Castros in Pópulo, Cidadelhe and Palheiros.

Within the protected landscape of the stunning Azibo´s albufeira,two river beaches of singular beauty stand out: Ribeira Beach and Fraga da Pegada Beach. However, there are plenty of river beaches, ideal for a calm and peaceful sunset and the surrounding green landscapes invite a dive in the natural, clean and calm waters of Douro River and  tributaries. In the heart of Douro Valley, you can enjoy a memorable afternoon in the river beaches of Passadouro, Murça, Mouth of River Tua and Mouth of River Pinhão.

Do not miss the N222, which crosses the heart of Douro Valley, connecting Peso da Régua to village of Pinhão, for 27 kms, taking an average of 30 minutes. In 2015, it was considered the best  road in the world to drive, by Avis Rent A Car study. According to this study, the ideal road as a 10:1 ratio, ie, ten seconds of straight from 1 second spent to curve. N222 has a 11:1 ratio. It´s a better than the Big Sur in California or the A535 in UK. Along this route and following Douro River, you can appreciate the amazing terraced vineyards of the Douro steep slopes, observe the the flowers growing on the almond trees, during March/April and enjoy the local gastronomy in one of the restaurants on the route.

The Douro region is also recognized for its gastronomy. The presence of the region´s most diversified products, combined with the distinctive flavors of its traditional recipes, transmited from generation to generation, confirms the region´s character.

There are several dining options, from the most traditional to the most sophisticated, with prices for all wallets and with the hospitality of local people. From the long list of traditional recipes, we can highlight Bean Stew with meat (Feijoada à Transmontana), Oven-Roast Goatling (Cabrito assado em forno a lenha), Chicken Cabidela Rice (Cabidela de galinha), Boar (Javali), Local Ham and other sausages (Presunto e outros enchidos), Roast Codfish with punched potatoes (Bacalhau assado com batata a murro) and delicous desserts such as  bolas e folares, puddings (pudins), covilhetes de Vila Real, queijadas and Mirandela papos de anjo, among many others.Duringyour stay at Casa Castedo do Douro, we will be happy to provide all kind of information and to suggest some of the main options and gastronomic places, according to your profile and preferences.